Home» Auto Repair » What Your Exhaust Smoke Could be Telling You About Your Need for Auto Repair in Williston, ND

Have you ever seen someone driving down the road at a good pace, while their tailpipe is belching smoke? Chances are, you have—in fact, it’s not all that uncommon. But, just because it’s something you might see on the regular doesn’t mean it’s something that’s okay. In fact, you shouldn’t be seeing much of anything coming from a tailpipe!

The fact of the matter is that in an ideal vehicle, exhaust will be invisible—you shouldn’t see anything issuing from a tailpipe. Smoke—whether it’s black, gray, white or blue—means that something is burning that’s not supposed to be. You might not realize it, but smoke from your exhaust pipe can yield quite a bit of information about what type of auto repair in Williston, ND you might be in for.

Remember, no visible exhaust should ever be issuing from your tailpipe—if you’re seeing any of the colored smokes above, make sure you’re consulting with a professional mechanic right away to get to the bottom of the problem before it gets worse. 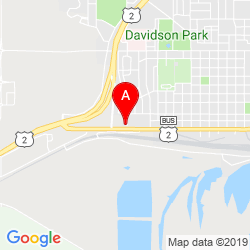